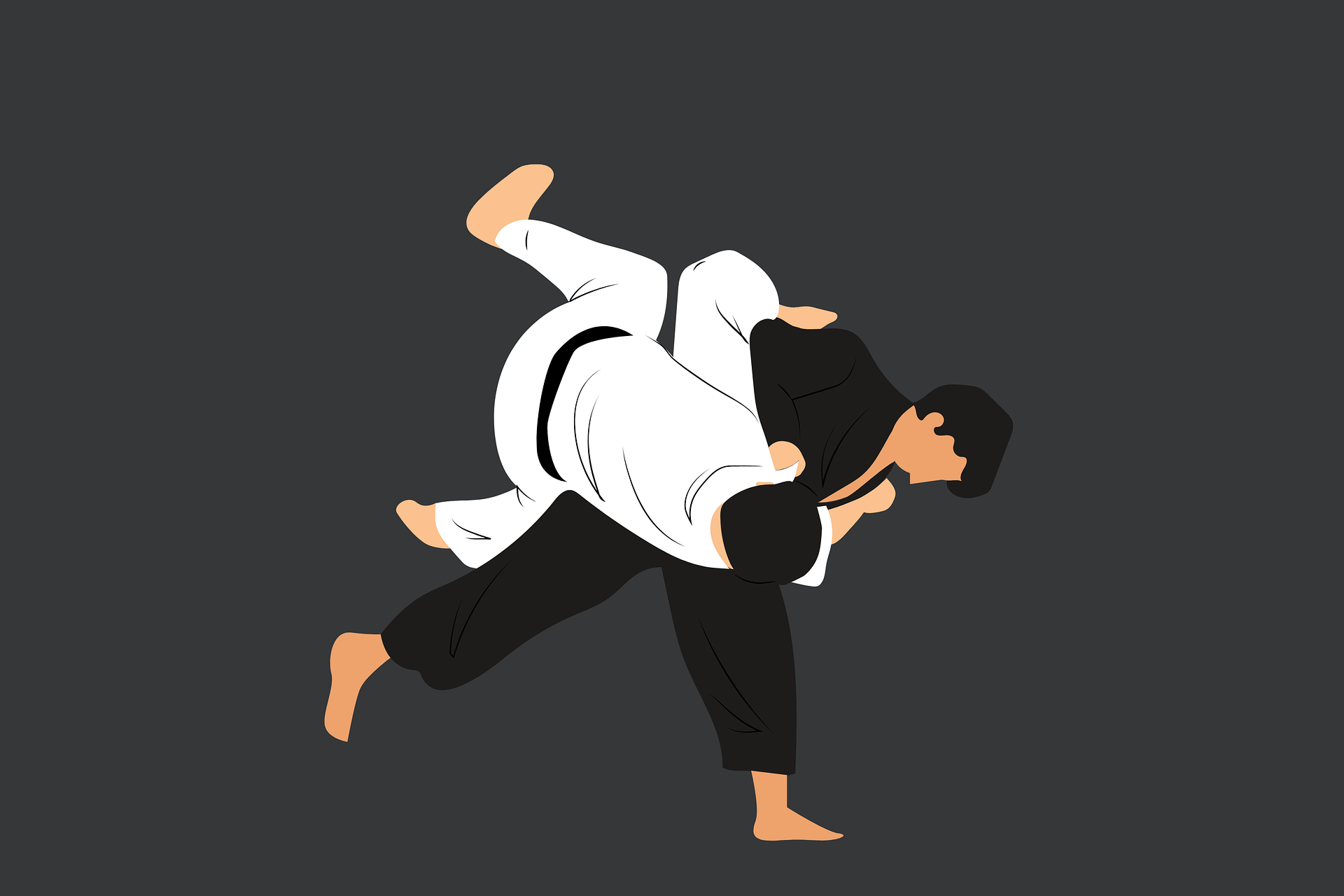 We are focusing on the importance of martial arts “drills” in this new series. I must admit that drilling is one of the most fun aspects of the arts.

I started martial arts training at the age of twelve, so I was too old for the younger children’s games. However, I found Judo training a lot of fun. That was the first martial art I studied. We did a lot of falling, flipping and rolling over things, jumping off tall objects onto our backs, etc. We lived near a beach, so we practiced some weekends jumping off the lower end of a pier onto soft sand. We progressed by working our way up the pier (which was farther from the ground) and jumping onto harder sand. We also practiced in parks and playgrounds. Going to different locations (other than the dojo) to train is another way to increase the fun for children.

Being thrown (being an uki) became one of my favorite things to do as a child. I continued to enjoy it until family insisted I stop in my late 60s. I understood their concern for my physical health at an older age, but it was still a lot of fun to do. : )

Judo is a big part of the Yon Ch’uan Martial Arts curriculum, so we teach the correct way to fall at the White Belt level. If you’re teaching young children, make sure the students feel safe and enjoy their experience. Always complement them on their effort even if their technique is lacking. Young children want and need encouragement, especially from instructors.

We like to start young students lying on their backs on a 2″ Judo mat to learn backward falling (Ushiro Ukemi). That’s a safe position. We have them raise their arms straight above their chests and then slap the mat with their palms hitting the mat next to their legs. It gets very loud with a lot of children in the class – which is something children love to do – make noise with permission. Instructors can also turn the slapping drill into a game by having one child slap, then the child next to them slap, and so on down the line. If the class is large and there are multiple rows of children, another game is to see which row can slap the loudest. Instructors can also use something like Simon Says (I call it Sensei Says) to make the slapping into a fun game.

We move next to side falls (Yoko Ukemi). The children are still lying on their backs on the soft Judo mats, so they continue to feel safe. We teach them to raise their right arm straight above their chest, then roll to the right side and slap the mat hard with their palm next to their right leg, which is extended. We also teach them to bend their left left about 90 degrees as them roll to the side.

We then teach children to roll to their left side. They raise their left arm above their chest, roll to the left while bending the right leg about 90 degrees (left leg is fully extended). One of the training objectives is to help children slap the mat hard just before they finish their roll to either side.

Once children know how to roll and slap to each side (right and left), instructors can turn it into a game. Here are some examples:

The idea is to train your young students well while they have fun doing it.

Once children feel comfortable slapping on their back and rolling to the right and left, have them sit up. On your command, they fall backward on the mat and slap just before their back hits the mat. Falling backward, even from a sitting position, is a little scary for some children, so allow those children to continue to lie on their back until they get the courage to sit up and fall back. It usually doesn’t take long because they see their friends doing it and having fun.

Falling to the right side and left side from a sitting position is next. Depending on the age of the children, I also add a kick from the bent leg as soon as they slap the mat. That teaches them one of the purposes of bending the leg. It’s for protection from someone falling on you after you fall, and for kick someone’s leg if they try to step in to hurt you after you fall. Defense is offense. Offense is defense. We can teach children vital martial arts principles through games.

One of the more difficult falls to teach young children is forward falling (Mae Ukemi). That’s because they see the ground rushing toward their face and that can be scary to a four-year-old. I begin teaching forward falling by having children lie face down on the Judo mat with their hands (palm down) in front of their face. Their palms and arms (to the elbow) are touching the mat. Next, have the children look right and hold their head in that position for a few seconds. Then, have the children look left and hold their head in that position for a few seconds. Make a game of it. Have some fun. It’s training children that as they fall forward they turn their face to the right or the left – away from the mat. Emphasize to them that their hands will keep their heads from hitting mat (ground) and turning their face to the left or right will protect their nose, teeth, and eyes.

The next step is to have the children practice falling forward from a push-up position. They hold themselves in a push-up position until the instructor tells them to fall. They slowly (at first) let themselves down on their arms to the elbows as they turn their face to one side or the other. After they are comfortable doing that, have them fall from a kneeling position (bent-over kneeling for younger children). That becomes the first time they experience slapping the mat with palms and bent arms as they turn their face to the side. When students are ready, have them fall forward from a squatting position, and eventually a standing position. Don’t rush it. You want your students to turn their heads to the side without thinking about it. No broken noses or chipped teeth. Safety first.

GM Xavier often says that the most important person in a Yon Ch’uan class is your partner. Teach your younger students the importance of listening to the Instructor and relying on their partner. That’s important to train them early because their partners will eventually throw them and they will throw their partners.

One way to get them used to having a partner throw them is to have children squat down across from each other and gently push each other backward for a back fall. Even timid children develop a sense of acceptance and safety in that kind of partner relationship.

Partners are also helpful when teaching young children how to do a forward roll. I like to begin by seeing how many of the children know how to do a somersault from a kneeling position. Once they know how to somersault over their head, learning the Judo roll is teaching them how to turn their eyes and head to the corner as they roll forward instead of going straight over their heads.

Some older children will grow to love jumping off objects to do their falls, but I recommend instructors first work with on doing standing flips before climbing up on a chair or table. Safety first. We don’t want anyone to get injured.

Some children take to falling faster than others. I was one of those kids. I used to take pratfalls as a young child because that amused members of my family (and we had terrazzo floors in the 50s and 60s!). I didn’t know the correct way to fall before Judo, but I loved to fall. Learning how to fall correctly was awesome and fun.

Some other fun falling games are:

Older children can do some other fun drills that are a bit harder:

Watch the students practice and point out important points like slapping the mat just before the body hits the mat. That’s important for them to learn for more advanced training as well as training on their own at home or with friends away from the dojo.

Learning how to fall properly moves naturally into being thrown. One of my Judo instructors used to say that the best way to learn how to throw was to be thrown ten-thousand times. That’s probably true, but falling several hundred times will probably suffice for preparation to become a good uki as a young child.

Some of the basic principles we want our students to learn as part of Ukemi are:

We will share some drills for building upper and lower body strength for Judo in our next drill training newsletter.