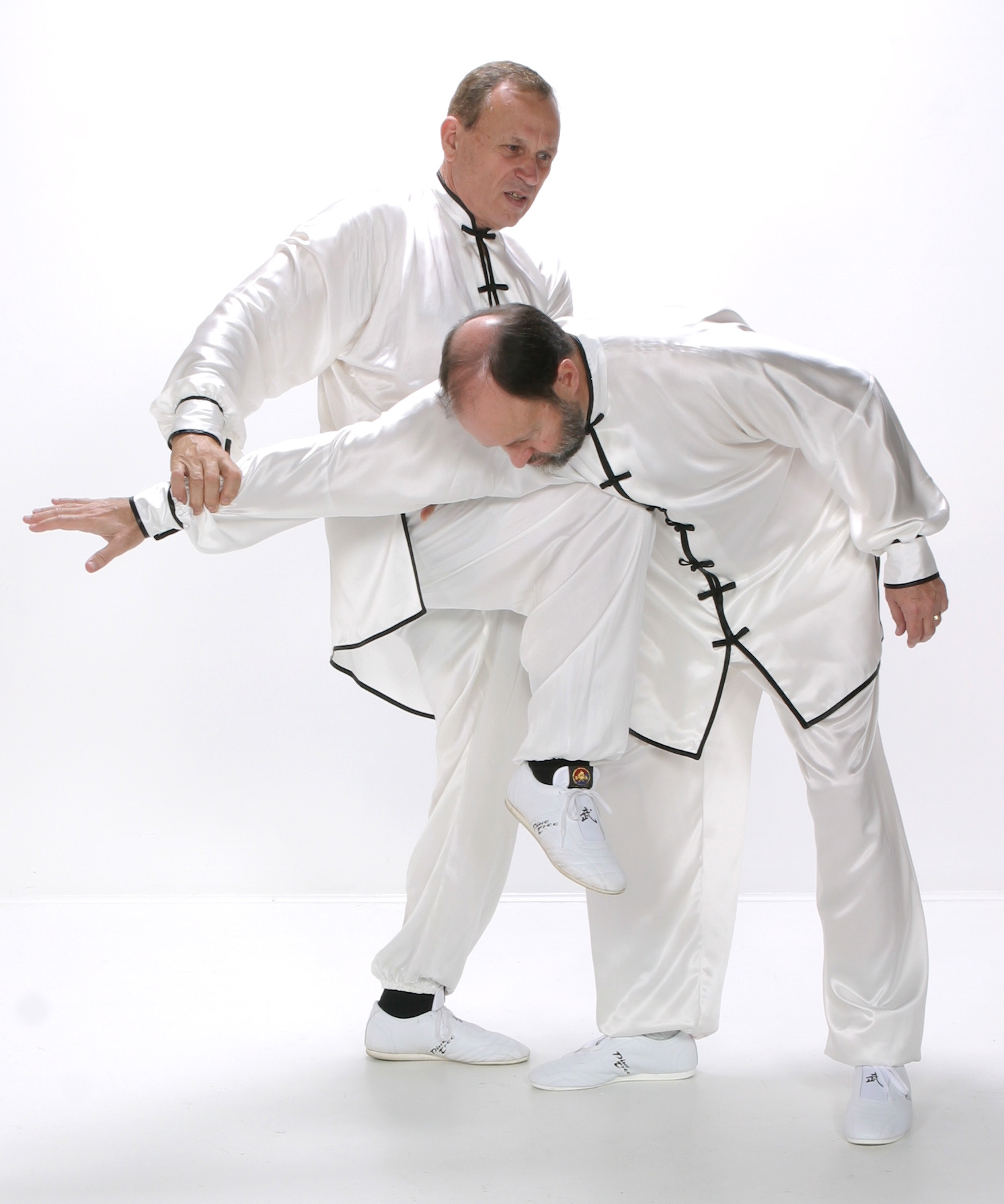 What do martial arts instructors mean when they talk about evade to enter?

In our last article we looked at how to evade to escape. That should be our first response to someone attacking us. If you can get away – get away. But if you can’t get away – evade to enter.

Ward off is one of the four basic methods of the application of expressing energy in Yon Ch’uan:

“These four should be clearly differentiated. When these four methods of applying energy are understood, one can then follow the opponent’s high and low movements, thus making it difficult for the opponent to mount an effective attack.

We let the opponent attack us with his hard strength. Using as little as FOUR OUNCES OF PRESSURE, we are able turn aside his THOUSAND POUNDS of force, letting the attacker fall into empty void. When the chance comes, we return his attack by JOINING to him without letting up, FOLLOWING his every move and STICKING to him even if he moves backward in an attempted retreat. This STICKING ability cannot be done if we use force.”  The Song of Pushing Hands/Sticky Hands, Yon Ch’uan Martial Arts Black Belt Study Guide, p 62

This is another way of understanding “evade to enter.” We do not teach students to enter unless necessary. If a student can effect an evasion that leads to escape, they should do that first. However, if escape is not possible then entering through “ward off” will help the student escape from even a strong attack.

This is not fighting – it is defending. This is a big difference for the student of self defense. Once the student can escape from an attacker, that should be their choice – not staying around to fight. Some of the “ward off” techniques may appear to be fighting, but they are not.

The source of strength in Yon Ch’uan comes from a relaxed posture. That doesn’t come naturally for new students, so teachers will work with them to develop balanced whole body power and connect that with physical movement that is springy.

It’s based on taking advantage of how God created the human body and using what He has given us as tools to defend ourselves against harm. An 80 pound girl can effectively defend against a 180 pound man if she understands how to maximize her power through whole-body movements.

The Six Basic Principles of Yon Ch’uan are:

“The essential difference between meeting force with external ridged strength as opposed to internal energy is when resisting force with force you engage the attacker on his/her terms. Whereas, when using SOFT internal energy, you deny both your attacker’s expectations and the object of his/her attack: Yourself. Through routine practice the student acquires startling speed and focused strength with superior ability to apply effortlessly the six basic principles unique to the Yon Ch’uan Martial Arts system. These basic principles are redirection, evasion, quartering, entrapment, absorption and reflection. The Yon Ch’uan Martial Art system teaches students to avoid physical force, whenever possible, but when unavoidable, how to utilize the escalation of force to ensure personal safety. Students develop realistic easy-to-use self- defense skills, personal discipline and Christ-centered confidence!” Yon Ch’uan Martial Arts Black Belt Study Guide, p 7

It is surprising to see how quickly someone can change an attack into powerful self defense. Our goal for students is to accomplish that in less than two seconds.

While a student can eventually evade and escape in about one second, evading to enter to escape will take a little longer – about two seconds total. That’s because the student will push, pull, strike, kick or throw the attacker just before escaping to safety. That will add another second to the technique. If the attack is especially strong, the student may launch a flurry of techniques that might add another one or two seconds to the total response prior to escape. The larger goal is to finish your defense in under five seconds to limit injury to yourself.

Again – and this is VERY important – our goal is to escape from an attacker, not fight with them.

We will demonstrate more about how this is done in future Grace Martial Arts videos.