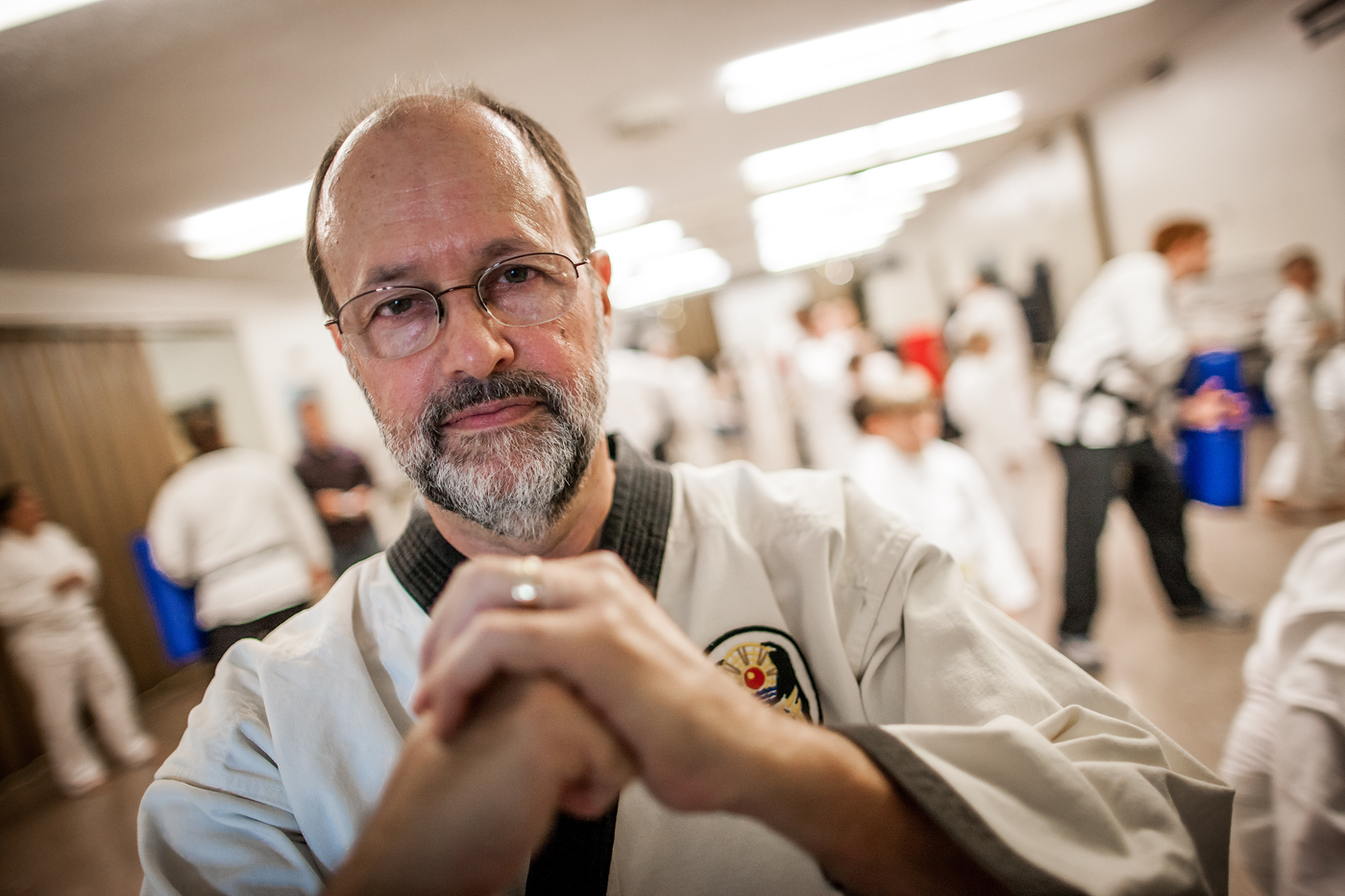 Focus in the Martial Arts

We like to say there are “Four K’s” in Karate, but all must have one. We’ve looked at three of the Four K’s already in this series – Kihon (Fundamentals), Kata (Forms) and Kumite (Fighting) – but there is one more K and we view that in martial arts as most important. It is Kime and translates as “focus.” It’s something that a martial arts judge looks for in the eyes of a competitor.

The word Kime means “to decide, fix, set” and expresses the total determination of mind and spirit in accomplishing what the mind has set for the body to complete. That might be breaking a concrete block with their fist, defeating a more powerful opponent, drawing a razor-sharp sword from the saya (scabbard) to cut an apple in half as it is thrown at your face, or performing a physically and mentally challenging Kata in competition. The competitor’s mind is not angry, stressed, upset or anxious. It is tranquil, willing, “focused” on accomplishing the task at hand. Training in Kime leads to increased power and speed because the mind is not encumbered by fear or concern. What matters is completing the task effectively and efficiently.

Christianity’s greatest example of spiritual “focus” is Jesus Christ. Jesus was completely focused on completing His Father’s will, no matter how physically, mentally or spiritually difficult the challenge. “Father, if it is Your will, take this cup away from Me; nevertheless not My will, but Yours, be done.” Luke 22:42

His Father’s will was the driving force behind everything Jesus said and did. “As I hear, I judge; and My judgment is righteous, because I do not seek My own will but the will of the Father who sent Me.” John 5:30

Jesus said the same focus is necessary for His followers. “Not everyone who says to Me, ‘Lord, Lord,’ shall enter the kingdom of heaven, but he who does the will of My Father in heaven.” Matthew 7:21

Paul explained the special focus and determination of Christ’s mind, and the importance of every Christian having the same “focus” this way –

Paul reminded Christians that their greatest goal should be to do God’s will and please Him in everything they do.

“Therefore, my beloved, as you have always obeyed, not as in my presence only, but now much more in my absence, work out your own salvation with fear and trembling; for it is God who works in you both to will and to do for His good pleasure.” Philippians 2:12-13

Becoming a Black Belt in martial arts means focusing on the “right things” which are part of the moral code of martial arts known as Bushido, a code developed by Samurai warriors and passed from generation to generation for centuries. They include Integrity, Respect, Courage, Honor, Compassion, Honesty and Sincerity, and Duty and Loyalty. Bushido is a way of life to a “focused” martial artist.

Becoming a Black Belt in apologetics means focusing on what Jesus Christ determined as “right things” for His disciples. This Christian “code” has been passed down from generation to generation for two millennia. The Code of Christ is His authority, commands and teachings and is a way of life to a “focused” believer. (Matthew 28:18-20)

Where do we begin to know what “right things” are for a Christian?

“If then you were raised with Christ, seek those things which are above, where Christ is, sitting at the right hand of God. Set your mind on things above, not on things on the earth. For you died, and your life is hidden with Christ in God.” Colossians 3:1-3

We begin “above” in Heaven even as Jesus taught His disciples to pray: “Our Father in heaven, Hallowed be Your name. Your kingdom come. Your will be done On earth as it is in heaven.” (Luke 11:1-2).

Our focus as Christians involved in the lives of young people must be on “things above.” We must be able to point the way for students and professors, and that way is above, where Jesus Christ sits at the right hand of the Father.

The Greek word for “set your mind” is φρονειτε and means “to direct the mind to, seek for, care for, think, intellect, judge, have understanding, have affection for.” Being a disciple of Jesus Christ is not about following the Christian faith blindly. There is no “blind faith” in Christian apologetics. Defending the Christian worldview begins with our submission to the authority of Jesus Christ and continues to the obeying of His commands and teachings.

All Christians should be in agreement that Jesus Christ accomplished the single greatest thing that has ever been done in the history of the world. He died on the Cross for our sins and rose from the dead, “that He might be Lord of both the dead and the living” (Romans 14:9). He is the “propitiation for our sins, and not for ours only but also for the whole world” (1 John 2:2). Paul wrote in Ephesians that God accomplished His eternal purpose in “Christ Jesus our Lord.” It is because of Christ’s complete “focus” on accomplishing His Father’s will that Christians “have boldness and access with confidence through faith in Him” (Ephesians 3:11-12).

God also wants to accomplish mighty things in and through us – “For the weapons of our warfare are not carnal but mighty in God for pulling down strongholds, casting down arguments and every high thing that exalts itself against the knowledge of God, bringing every thought into captivity to the obedience of Christ” (2 Corinthians 10:4-5).

[This series of articles about Black Belt Apologetics first appeared on the Ratio Christi Website. Mark McGee is a Ratio Christi assistant chapter director at the University of Alabama in Huntsville. He is also a 6th Degree Black Belt and has been teaching for more than 50 years.]